Psalms of David in Metre

Puritan Preface to the 1650 Psalter

The following appeared as a preface to an edition of the Scottish Psalter (“The Psalms of David in meeter”) printed by Thomas Parkhurst in London in 1673 (also in 1688 and 1700, at least). Some spelling, capitalization, punctuation, and other conventions have been modernized.—Ed. 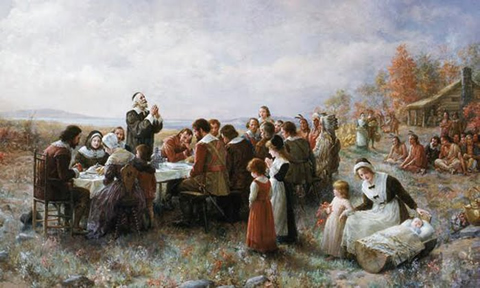 ’Tis evident by the common experience of mankind, that love cannot lie idle in the soul. For every one hath his oblectation *1and delight, his tastes and relishes are suitable to his constitution, and a man’s temper is more discovered by his solaces than by anything else.

Carnal men delight in what is suited to the gust of the flesh, and spiritual men in the things of the Spirit.

The promises of God’s holy covenant, which are to others as stale news or withered flowers, feed the pleasure of their minds; and the mysteries of our redemption by Christ are their hearts’ delight and comfort.

But as joy must have a proper object, so also a vent: for this is an affection that cannot be penned up: the usual issue and out-going of it is by singing.

Profane spirits must have songs suitable to their mirth; as their mirth is carnal, so their songs are vain and frothy, if not filthy and obscene; but they that rejoice in the Lord, their mirth runneth in a spiritual channel:

Surely singing, ’tis is a delectable way of instruction, as common prudence will teach us. Aelian telleth us that the Cretians enjoined their children, τοὺς παῖδας τοὺς ἐλευθέρους μανθάνειν τοὺς νόμους ἐκέλευον μετά τινος μελῳδὶας, to learn their laws by singing them in verse.†*2

And surely singing of Psalms is a duty of such comfort and profit, that it needeth not our recommendation. The new nature is instead of all arguments, which cannot be without thy spiritual solace.

Now though spiritual songs of mere humane composure may have their use, yet our devotion is best secured, where the matter and words are of immediately divine inspiration;

and to us David’s Psalms seem plainly intended by those terms of “psalms and hymns and spiritual songs,” which the apostle useth (Eph. 5:19; Col. 3:16).

But then ’tis meet that these divine composures should be represented to us in a fit translation, lest we want David, in David; while his holy ecstasies are delivered in a flat and bald expression.

The translation which is now put into thy hands cometh nearest to the original of any that we have seen, and runneth with such a fluent sweetness, that we thought fit to recommend it to thy Christian acceptance; some of us having used it already, with great comfort and satisfaction.